Rocketship is a publishing, consumer product, and rights management company with multiple Eisner-nominated and Ringo award-winning series. Rocketship connects fans directly to the series they want, working hand-in-glove with creators to create definitive, premium editions of their work and a full array of merchandise.

CHECK OUT THE LATEST CAMPAIGN
Creators 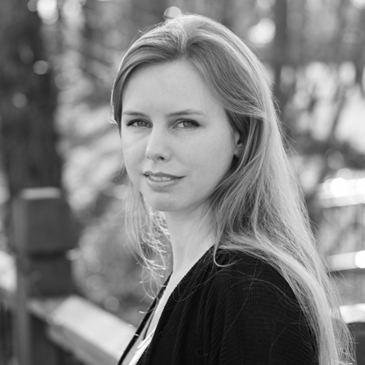 Once a professional tuba player, Leeanne M. Krecic is a comic artist and writer, and creator of the webcomic ``Let's Play.`` With a degree in computer science, Leeanne worked as head of IT for an internet-based company for eleven years, helping it become a multi-million dollar company, before deciding to pursue her dream of becoming a comic creator.

Entirely self-taught, Leeanne has worked as a commissioned freelance artist for over eight years, creating concept art for tabletop games, and book covers. On January 12th, 2016, Leeanne began working on her original title, ``Let's Play,`` a romantic-comedy, heavily influenced by her experience in gaming. Since its release, Let's Play has gained 1,000,000 weekly readers on LINE Webtoon.

Leeanne resides in Kansas City with her husband, two dogs, two cats, and over a hundred fish. 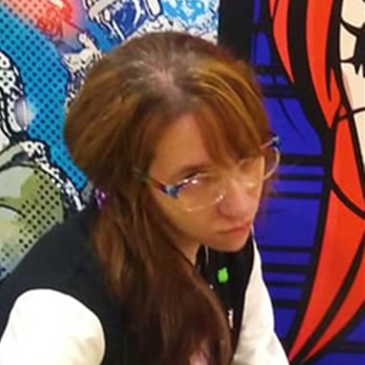 M. Victoria Robado is a pop artist and comic creator of everything cute. Born and raised in Buenos Aires, Argentina, Victoria now resides in Maryland, USA, and loves travelling to new places in any chance she gets. Her multiple travels have inspired her to create works that can bring beauty to all corners of the world. Women are the main focus of her art, while exploring themes of space and magic, sprinkled with pastel & neon colors for a in-your-face look. Having worked for almost ten years as a professional comic artist, Victoria also focuses on stories behind her illustrations, creating a narrative beyond the image.

The creator of the hit webcomic, #BLESSED!Read More 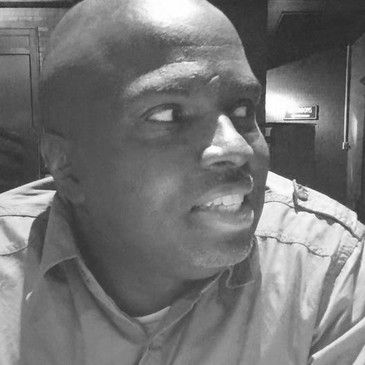 Sanford Greene has worked professionally in comic illustration and related industries for over 15 years, including work for mainline publishers such as Marvel, DC, Dark Horse, and Image Comics. Recent work includes the hit Marvel series Power Man and Iron Fist as well as covers for Black Panther and Luke Cage. He currently works on his creator-owned online comic series for Line Webtoon, 1000, and the anticipated Bitter Root, a dark fantasy/action ongoing series published by Image Comics and set during the Harlem Renaissance. 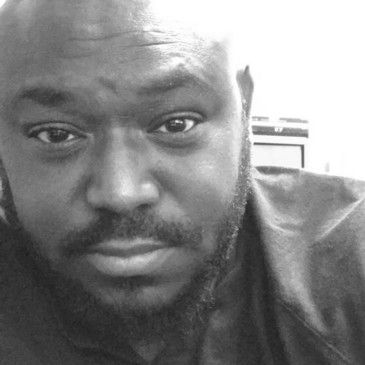 Chuck Brown has written The Punisher and Black Panther comics for Marvel. He is the writer and co-creator of Rotten Apple for Dark Horse Comics and the writer and Co-creator of Bitter Root, which will debut in 2018 from Image Comics. He has been self-publishing for more than 18 years and has written comics for Zenescope Entertainment, 12-Gauge Comics, and Line Webtoon. 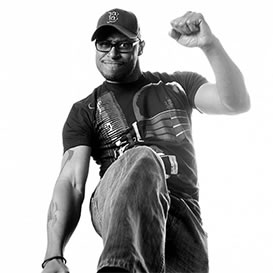 Ryan Benjamin began his professional comic book art career with Image Comics in 1994 which branched off into Wildstorm Comics and continued working with Marvel, DC, Dark Horse, Acclaim, and Valiant Comics. Many years of working with Jim Lee, Whilce Portacio and Marc Silvestri,
his path as a professional comic artist lead him to work on top-selling comics like “Brothers Bond” (2018 Eisner nominated), “WildCats”, “Grifter”, “Uncanny X-men”, “Star Wars”, “Spawn”, “Captain America”, “Iron Man”, “Batman”, “Batman Beyond” (a New York Times bestseller), Wonder Woman”, and many more.
Ryan eventually became a video game 3D artist for 16+
years, with 11 of those years as a senior artist at Sony Entertainment. A variety of his work as an
artist/designer can be seen in video games like DC Universe (DCUO), Marvel MOBA games, and
Television shows/movies “ThunderCats”, “Ultimate Spiderman”, “Little Man”, “Pacific Rim 2”,
“Megaman”, and “Mech X4”.

In 2017 Ryan launched his creator-owned project, “Brothers Bond”, on LINE Webtoon which was nominated in 2018 for the Eisner Award for Best Webcomic. 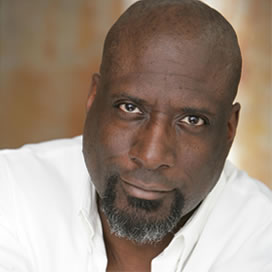 As an actor, Kevin has been seen in such films as “The Mask”, “Steel”, “Congo”, Tim Burton’s “Planet of the Apes”, and the cult classic film, “Underworld”. His voice credits include “Young Justice”, “The Avengers”, and “Batman Beyond”. “Underworld” was Grevioux’s first produced writing credit. He came up with the original concept/premise and wrote the original screenplay along with director Len Wiseman, launching the
Underworld” franchise. He appears in the film himself as a lycan, Raze,
and returned as the character in the Underworld prequel “Underworld: Rise of the Lycans”, which he will also be adapting into a comic book mini-series. Using Romeo and Juliet as an archetype, Grevioux based “Underworld” on his experiences with interracial dating and the tension that it often causes.

Early 2006 saw Grevioux form two comic book imprints, Astounding Studios and DarkStorm Studios. Grevioux’s Astounding Studios imprint was to focus on all-ages titles such as “Valkyries”, “Guardian Heroes”, and “The Hammer Kid”. The Darkstorm Studios imprint was a more mature line, including the books “Alivs Rex”, “Skull and Guns”, and “Uzan, The Mighty”.

Grevioux's comic writing credits include Marvel Comics’ “New Warriors”, “Spider-Man”, and “Young Avengers” and DC's “Cyborg”, “Batman”, and “JSA”. He sold the script for the film adaptation of his Darkstorm Studios graphic novel, “I, Frankenstein”, to Lakeshore Entertainment. In 2017 he released Brothers Bond with collaborator Ryan Benjmain for which he was nominated for the 2018 Eisner Award for Best Webcomic. 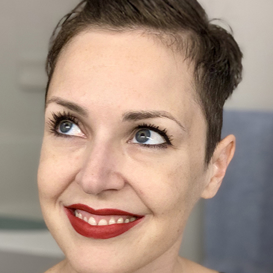 Monica Gallagher is a writer and illustrator with over fifteen years experience making comics with a positive, feminist spin. She has worked for Oni Press, Vertigo, Papercutz, and Valiant, and as well as self-published several of her own books. Monica has two series comics on Webtoons -- Assassin Roommate (which won a Ringo award in 2018 for Best Hero!), and BOO! It’s Sex with Danielle Corsetto. She also co-wrote the first season of the iHeart Radio’s Lethal Lit, (mentioned by the New York Times as “A Great Podcast of 2018”!) and Comixology’s The Black Ghost series with Alex Segura. Monica resides in Austin with her boyfriend and her enormous ginger cat. 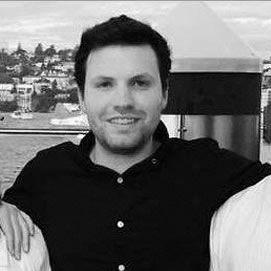 Corey J. is a North Carolina based cartoonist who is currently working on Line Webtoon’s Adventures of God, a comedic slice of life series following the antics of God, Lucy, and their friends. The type of comics he enjoys making are the ones that follow the same cast of characters handling bizarre situations every week. If he’s not writing or drawing cartoons, you can find him running trails or traveling to new places in his home state. 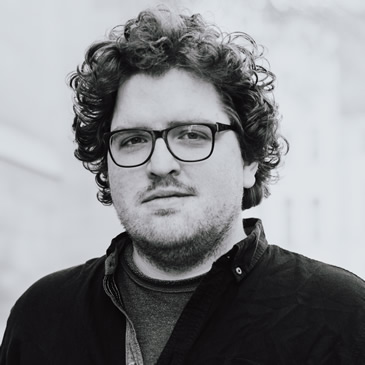 Matteo Ferrazzi is an Italo-Belgian writer who created Adventures of God more or less by accident, after a few years spent writing gags with no recurring characters. Fond of American pop culture from a young age, he was also introduced to Belgium's uniquely surreal tradition in cartoons and humor by his mother, and this influenced his work. He lives in Brussels, close to his parents and their dog. His previous experience in the entertainment industry includes a short-lived stint as a stand-up comedian. 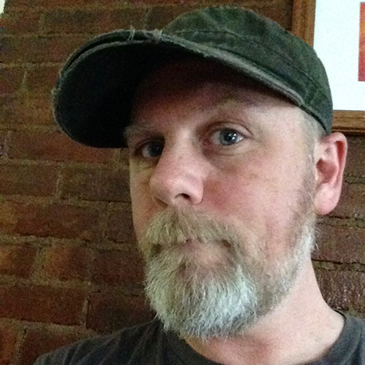 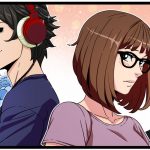