Beneath an Alien Sky 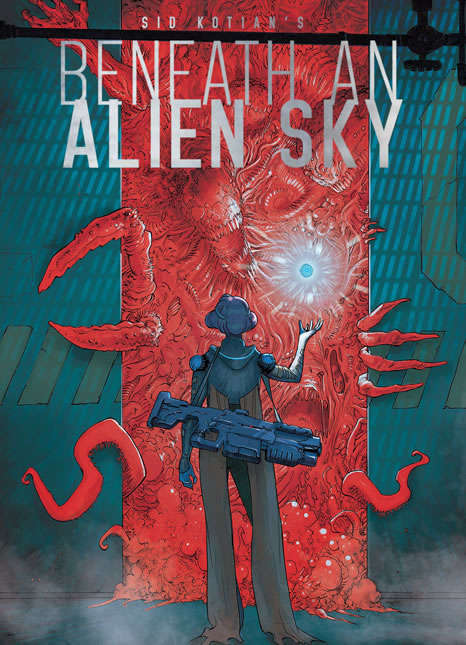 On an alien planet a mad man releases a deadly monster onto an unsuspecting populace. The creature is the last of its kind. And it comes from the third planet orbiting a yellow sun.

The Krimikitan are an alien race who brought themselves to the brink of complete ecological destruction. After a devastating war they refer to as the Realignment their society reformed themselves under the leadership of a god like AI called Control. Having done away with the political class, peace reigned. The new societies were self-contained inside giant domes. The natural world outside was left to heal itself unencumbered by their meddling. However not everyone was happy with this Realignment.

Appi, a remnant of the old world, plots to ruin the world by introducing the universe’s most violent and invasive species into the fragile, recovering ecosystem. Standing in his way is Kopa, a cop. Appi and the creature’s destructive ambition and Kopa’s naïve ambition collide with the fate of the domed city and the struggling natural world outside hanging in the balance.

Beneath an Alien Sky is available in 2 formats – a black and white perfect bound Artist’s Edition and a full color oversized deluxe hardcover Evolved Edition.