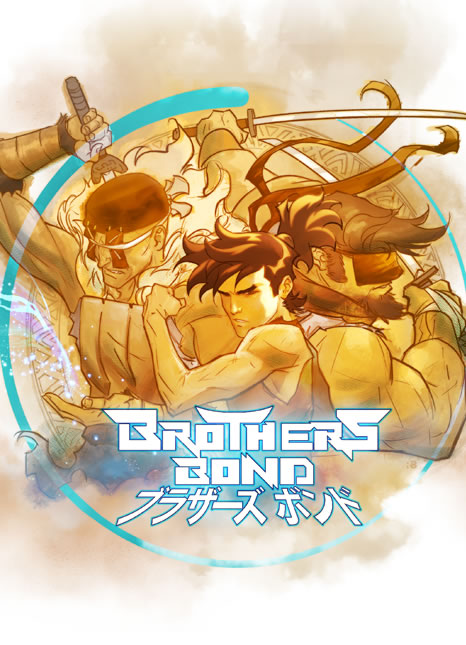 After falling into trouble with his father, the one man he fears, Yoshi runs from home. Picked up by two blind, wandering samurai, Yoshi grows up to learn honor and strength. He then decides to return to his homeland, to claim his birthright and save his people from a demon invasion.

A story about good versus evil, dark versus light, and brother versus brother, Brothers Bond is an intriguing tale of honor, respect, and tradition. Fantastical in its art form, yet true at heart to issues everyone can relate to, this is a graphic novel written on many different levels.