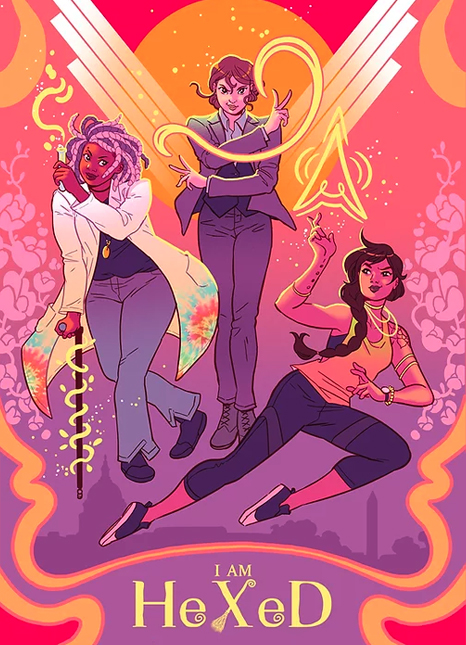 I Am Hexed is a supernatural political thriller. There’s magic, mystery, personal drama and an accidental carnivorous plant.

Witches have been a part of the political fabric of Washington D.C. since it was founded. It’s only since the 1960s that witches stood together and fought to take back the word “Hexed”. A movement was ignited when witches came out of the shadows and proudly showed off their broomsticks. Now with the struggle for equality ongoing, Charlotte Helm, a junior staff member for Senator Royce, has been thrust into the murky and dangerous waters of political games between witches and their adversaries.

Charlotte is now D.C.’s Most Wanted Witch on the run. With her boss under suspicion for political corruption, Charlotte, her ex-girlfriend and whatever other help she can find, scramble to keep one step ahead of the political and magical forces hunting her.