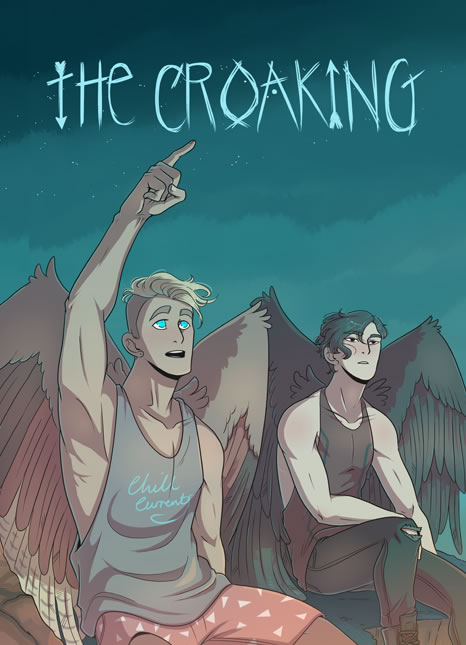 The Roost – the world’s most prestigious military academy – has never accepted a Crow into its ranks. Until now.

However, the conditions surrounding Scra’s acceptance are shrouded in conspiracy, and his new roommate Ky won’t rest until he finds out just where he goes every night. Between flight tests, classes, and Murders, Scra, Ky and Ree must band together to uncover the truth about their utopia and the whispers of a superweapon – “The Croaking” – that are seeping from the cracks.